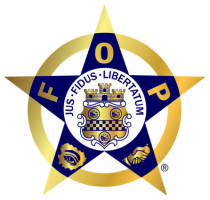 Representing over 2,500 law enforcement officers in the state and directly associated with the National FOP with over 335,000 members.